West Berkshire Mencap has had a long standing relationship with The Dew Pond for several reasons, not least that we only deal with people who provide the best food.  This food was, as always, totally super and the place was full.  Basically twice a year WBM take over the restaurant, one menu is served and there is a raffle.  Over the years this has made over £30,000 for WBM and there are so many regulars that it is genuinely first come first served and often has a waiting list. A short version of the history is that many years ago the parents of one of the people that we support suggested this idea to Arthur and Jean Heffernan, our Presidents.  They took the job on and the rest is history.  Even after losing his wonderful wife Arthur continued although at this evening he announced it would be his last which is fair enough as he has done a sterling job sorting them out for years. 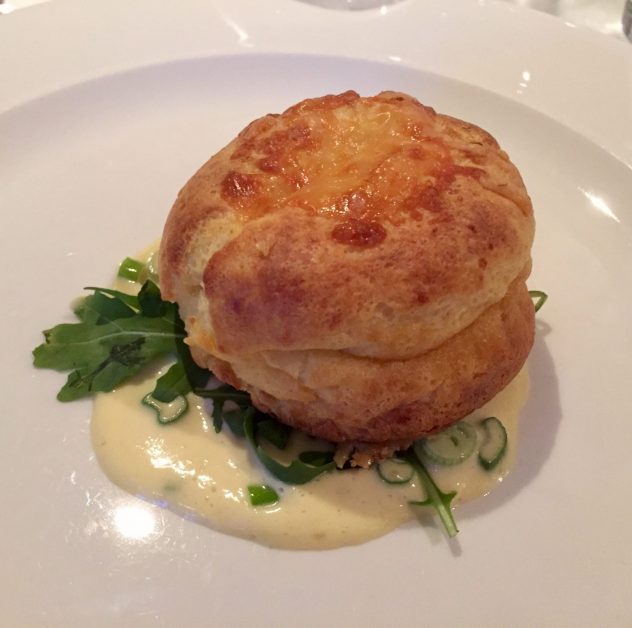 The renowned Dew Pond Cheese Souffle, perfect in every way, light and fluffy and full of flavour.

Lamb and fondant potatoes, one of my favourite potato dishes, what is there not to love with potatoes poached in stock and butter until they become crispy.  Sheer heaven.

Lemon posset with the lightest home made shortbreads followed by home made truffles and coffee, interestingly none available to picture, ahem.

The lovely President of West Berkshire Mencap Arthur Heffernan either telling a rude joke or sadly telling us this is his last Dew Pond dinner he will organise.  Fortunately a committee was instantly formed with volunteers taking it on.